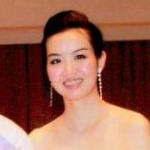 WU, Qian-qing joined the treble choir when she was a child. She received formal vocal training at the age of 13. In 1999, Wu was admitted by Xinghai Conservatory of Music, department of vocal studies under the guidance of the famous mezzo-soprano, Professor Chen, Xiao. Qian-qing was an active performer with Guangdong Opera and Dance Drama Theatre. One of her performances was acting Cherubino in “Le Nozze Di Figaro”, the debut given in Guangzhou Xinghai Concert Hall since the inauguration. After her graduation, Qian-qing was employed as a tutor under the department of music by South China Agricultural University. In 2008, Qian-qing won a full scholarship to further her studies at the Hong Kong Academy for Performing Arts under the guidance of Mr. Brian Montgomery and the famous soprano, Professor Katusha Tsui-Fraser. She was the main actress of “Carmen” which was presented in 2009 at the Lyric Theatre of the Hong Kong Academy for Performing Arts. In 2010, Wu was admitted to attend the master class by the world-class soprano, Ms. Kiri Kanawa. Qian-qing won the second place in The 2nd Chinese Peafowl Award at the same year.